A new project has unleashed a zombie outbreak onto the world. These undead creatures have begun hunting down the human race. But, that’s not all. Some of the infected have mutated and evolved into even powerful beings. These are the mutants. The leader of both the zombies and mutants is ready to erase the last of the surviving humans. 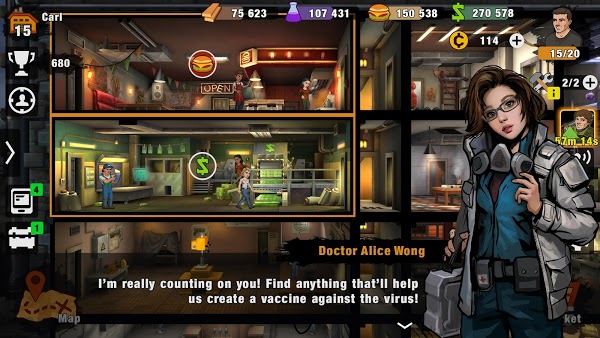 They have already killed the commander of the survivors. Now, it’s up to you the manage and lead your team through these dark times. The Zero City Android game has you doing both – fighting waves of zombies, and building your shelter to defend yourselves.

The user-interface is fairly decent. The controls of the game are actually simple to understand. Tapping, holding, and dragging your squad members will move them to different rooms in the shelter. Additionally, most actions are done through a simple tap.

Head to the game map once you’ve finished organizing your shelter and adding equipment, weapons, and reinforcements. Once out, you can tap on the icons on the bottom of the screen to unleash various skills. 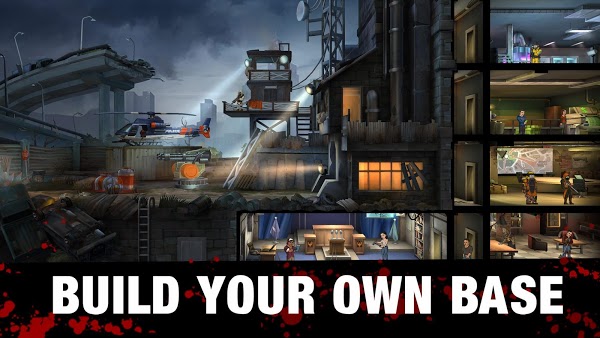 You will also receive packages containing random gifts. Maybe you’ll get more weapons or money to assist in your survival.

The bulk of the game comes from the story. You’ll uncover the mysteries of the how this epidemic started and work your way to developing a cure. All the while, fighting against the master of the zombies and his forces.

As you progress through hordes of zombies, you’ll need to put all of your skills to the test. Defend your shelter, go out and fight to protect the remainder of life. And, clear the world of this cannibalistic plague. The second game mode is quite different. Instead, Zero City also offers a multiplayer PvP option for players who prefer online gaming.

In the online mode, you will have to build up your team to raid other shelters. That’s right, this is survival of the fittest. Only the strong survive and the weak perish. Now, pick your side.

What Needs to Be Done to Survive

You will need to consistently build and upgrade various rooms within your shelter. There are also a multitude of different defensive structures to add onto your shelter. This will keep everyone safe from any undead onslaughts towards your refuge. Additionally, you’ll need to manage each of the dwellers. Make sure to train them well for battle. Therefore, it’s your job to teach them skills, upgrade them and eventually send them out to fight. 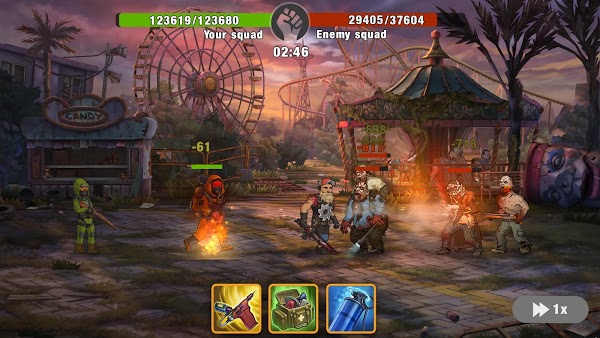 Appropriately, you’ll also have to organize your weapons and equipment. Customize each of your dweller with the right equipment if you want to keep them alive. It won’t be easy, but this is what needs to be done if your goal is ultimately to survive.

Now, you won’t need to spend on continuing missions in the game and buying new rooms and resources. Everything can be freely obtained from the very start.

So get the definitive version of the game. Prepare for the zombie invasion and fight to survive with the Zero City APK latest version.