Use this PS3 emulator if you'd like to play console exclusives on your PC, but make sure your PC can handle all those complex processes first

RPCS3 is a polished PS3 emulator for those individuals who'd like to enjoy Sony's console game releases o their PC. You'll need a pretty powerful machine to be able to run any PS3 games on your device and even then there might still be the occasional bugs. Regardless, the emulator itself is pretty complex and polished in the sense that it feels as if it has been developed by a company and not a handful of people.

Study before using this app

While we're used to emulators being a simple application allowing us to load a ROM or two in order to play our childhood games, RPCS3 is nothing of the sort. Getting it properly set up will require above average computer and console knowledge. One particular issue is getting the system ready to run any games or titles.

You'll have to grab the latest PS3 system software from the official Sony website and import it with RPCS3. While the app will indeed do all the installing, grabbing the software, and understanding how and why it is needed can be a tad complicated. As far as adjustments and options are concerned, if you know what you're doing you'll have plenty to adjust. If, however, you're new to this, don't bother changing anything, or you might render the whole system useless.

The second most important obstacle is getting a hold of the titles themselves. In order to play any video game, you should dump your PS3 titles before anything else. This can be challenging indeed as it employs the use of other third-party apps. A thorough guide has been provided on RPCS3's official website walking anyone interested through a suite of options in this particular scenario. Once you have these two aspects set up, you might also want to check the game compatibility list.

Currently, only about 60% of the PS3 titles actually work as intended and that percentage could be even lower depending on your PC's capabilities. Controllers are also an issue. While the app provides many options including PS3, PS4, and Xbox gamepad support, setting some of these up will be a huge pain. You can use the keyboard if you'd like but that will also prove tricky.

RPCS3 is a complex emulator capable of running PS3 games in a decent manner. While the whole effort does also revolve around PC specs, the emulation component is solid and well-developed. With plenty of options and an overall easy-to-handle interface, when it comes to emulating Sony's PlayStation 3, this should be among your first choices. 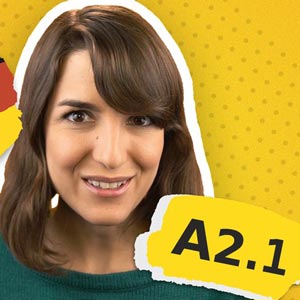