" RainbowTaskbar 1.3.6 (MIT License) - Apps SatSds
home Contact Us About Us

RainbowTaskbar is a lightweight utility designed to help users customize the colors and transitions of the taskbar. It is important to note that the application is known to create conflicts with TransparentTB and hence, users are highly advised to shut the latter app down before proceeding.

For starters, the app does not have an interface or any configuration panel. In fact, it acts as a service that creates a configuration file found in %appdata%\rnbconf.txt and here is where all the modifications can be made. In terms of options, users can apply any color effect and set a transparency level for underlay or taskbar directly.

In addition, the utility enables the use of a bitmap image on underlay, but it is recommended to set the lower opacity so that it looks nice. According to the developer, the app can also be configured to wait before switching to another effect, an option that is calculated in milliseconds and that can be used with features with no duration parameter.

As far as the effects are concerned, the app can simply apply a solid color similar to the results obtained by customizing the taskbar directly via the Windows settings. The plus to the standard settings include the possibility to fade in, apply 2 color gradients and fade in gradient. 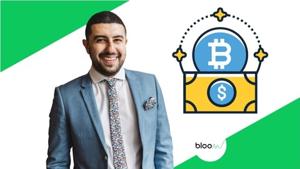