A complete and practical school package worth having when you need to create graphs, produce statistics and calculate math expressions

Previously known as FX MathPack, FX Draw Tools is a comprehensive software bundle designed to make the calculation of mathematical functions much easier. The tools allow you to draw graphs, based on equations, produce statistics and calculate mathematical expressions. You may use these tools to create test sheets or project graphs.

FX Draw Tools is bundled with several applications namely FX Draw, FX Equation, FX Graph and FX Stat. Each of them aims to make the process of calculating functions, creating graphs and designing geometric objects much easier than before.

You can install all the components from the same pack, or select the applications you wish to skip. The tools are simple to use, feature intuitive interfaces and friendly command, plus tooltips are available for each button.

FX Draw allows you to create shapes and freeform drawings on a mathematics paper grid, as well as generate graphs, diagrams and illustrate functions in X, Y axes system.

FX Equation allows you to build complex mathematical equations, including integrals, summation/scientific notations, fractions, powers or roots. The two workspaces are dedicated to manual editing and previewing the results.

FX Draw Tools is a suitable bundle of mathematics applications that can help both teachers and students in exploring advanced math functions. The programs combine the math skills with computer science and can help students visualize practical appliances of the abstract algorithms they need to calculate. 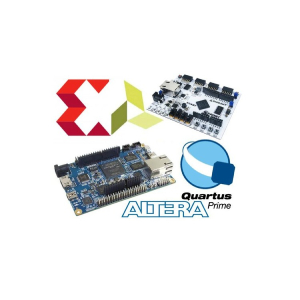 Udemy – Learn the Fundamentals of VHDL and FPGA Development ...